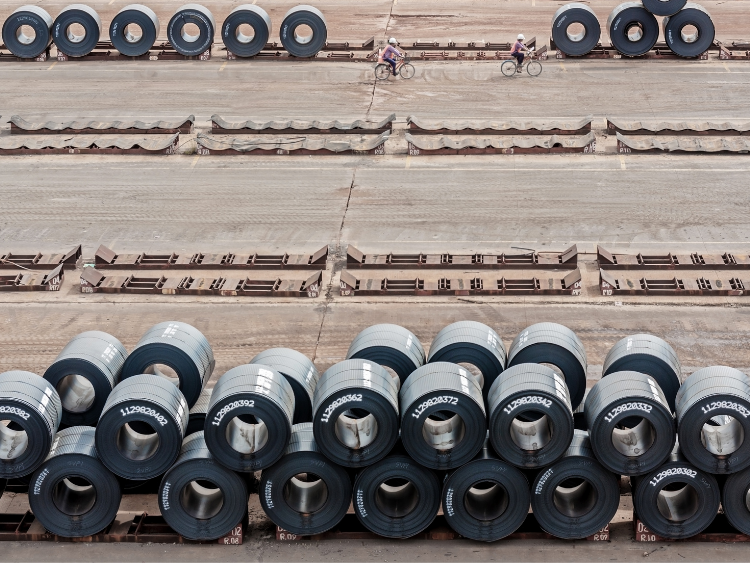 The Vietnamese hot rolled coil import market continues to weaken, Kallanish notes. Buyers are bearish and there are no signs of stability yet.

Vietnamese demand for SAE 1006 HRC is weaker than for SS400 HRC. Vietnamese re-rollers are facing sluggish export orders, a regional trader says. He hears Vietnamese users are now waiting for Formosa’s next monthly domestic price announcement. But he thinks the steelmaker’s new prices will not change the current depressed state of the market. Amid weak demand, inventories in the market are high, Vietnamese industry sources say.

Demand is better for SS400 because users need to restock soon, a Vietnamese trader says. Nevertheless, no recent deals have been concluded because of a price gap between offers and bids.

Offers for Chinese SS400 3-12mm thickness HRC for August shipment are prevailing at around $660/t cfr Vietnam, but there are also traders who are short-selling with offers for shipment by mid-September at $645-650/t cfr Vietnam. Bids are lower at $630-640/t cfr. A Chinese trader reports hearing a deal for 1,000-2,000t at $640/t cfr Vietnam concluded late on Tuesday. "There are no big orders now," he says.

The top Chinese traders are unwilling to short-sell for August shipments now, a Vietnamese trader says. “The time is too tight and the market is unstable. Chinese steel futures could rebound so they do not want to take risks,” he opines.

Anna Low Singapore
Free Trial
Like this article? Why not sign up for a free trial, and receive the Kallanish service for 2 full weeks. Registration only takes 1 minute, so do it now and start benefitting from our news and pricing coverage today!
(0)
Share article